An unbiased media outlet these days is a unicorn. The media outlets have all become extended political apparatuses and are all influenced by different sources of money, much like politicians themselves. And public opinion is becoming even more polarized by the fact that we as news consumers can proliferate these biased articles or video clips we see with a simple click of a “Like” or “Retweet” button. This problem begs the question, “Well, what are we supposed to do about it then?”

I don’t have cable TV. I’m a good representative of a growing trend emanating from my generation where I mooch off my parent’s Netflix subscription, my sister’s Amazon Video subscription, and my soon-to-be mother-in-law’s HBO Go subscription (I have to get my Game of Thrones fix somehow, right?). I don’t watch much TV to begin with, as most of my entertainment fix comes from my phone or computer through the internet. But one thing that has carried over from previous generations to mine is the widespread presence of a few news media juggernauts.

FOX, CNN, MSNBC, CBS – these are all household names, and they’ve all permeated the internet just like they have been doing on our television sets for decades, wrestling each other for control of our attention. My Facebook feed is riddled with clips and articles from not only those big outlets, but fringe news websites rising in popularity such as the far-left Huffington Post or far-right Breitbart. And let’s not forget newspapers, which are slowly evaporating their print publications in lieu of websites and virtual subscriptions, jumping into the internet arena from their angle as well. The collection of articles and posts from all of these outlets that used to be exclusively either on television or print – it’s like our social media feeds are made up of an MMA fighter pit against a boxer, vying for our attention to boost viewership and revenue. Oh wait…

Times have changed. And that will always be the constant, retrospective truth. I got into a show called The Newsroom on one of those streaming services a few years ago. No spoilers, but it’s about a big-time news anchor leaving the norm and going back to presenting the raw, unbiased and honest version of the news. While a noble, seemingly great notion, it doesn’t help that the fictional show was written by the guy that wrote The West Wing, or that the anchor is played by the one guy from Dumb and Dumber. It didn’t last long before the show itself started skewing. But the premise was an incredibly important point that resonated with me – what has happened to the news, which used to be honorable and truly honest through an implicit mandate from the people? Obviously most of us – but especially my generation – have never seen that in our lifetimes.

An unbiased media outlet these days is a unicorn. The media outlets have all become extended political apparatuses and are all influenced by different sources of money, much like politicians themselves. And public opinion is becoming even more polarized by the fact that we as news consumers can proliferate these biased articles or video clips we see with a simple click of a “Like” or “Retweet” button. This problem begs the question, “Well, what are we supposed to do about it then?”

“Intelligence is the ability to adapt to change.” – Stephen Hawking

An answer, not necessarily THE end-all answer but definitely a good start, is to varietize where you get your news from. Watch FOX News exclusively? Throw some CNN into the mix, even if you can’t stand it for long durations. Read Huffington Post regularly? Compare similar news items between those articles and ones from Breitbart on the same topic, even if just to see how stark the contrast is and train yourself to notice. Don’t limit yourself to one news source or you buy right into their bias.

On social media feeds, when we see linked articles we usually only see the headlines or a short caption. These news outlets know that most of us will scan only the title and move on without actually reading the article. Now, I’m not saying read every single article you come across, because nobody has time for that and many articles are non-news spun to sound like news. But just be aware that article titles are written now in such a way that those few words can be chock full of connotations aimed at influencing your opinion. It’s not perfectly accurate, but check out this website called www.allsides.com to get an article-by-article visual of how the titles themselves can reek of bias. I myself have trouble not buying into these titles sometimes but it’s a good idea to tell yourself to be aware of this and try to train yourself to recognize it.

It’s hard, frustrating and annoying, and that’s an enormous understatement. In fact, it’s fair to say it feels unfair, considering we have to do all this extra work to get a better feel of the truth. But with all these big-ticket items like healthcare reform and tax reform on the legislative table, it’s never been more important to stay accurately informed, especially when it comes to processing news developments that may affect you, your business or employer. It’s our civic duty. 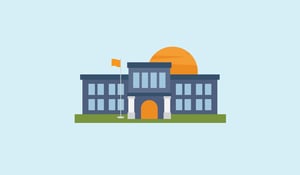