The Inflation Story Is Real

Since the pandemic’s onset, producer prices for HVAC and commercial refrigeration equipment have expanded 2 percent according to the Bureau of Labor Statistic’s Producer Price Index. While that pace of price increase is more rapid than the 0.6 percent increase in producer price registered for all goods, it hardly represents an indication of problematic inflation.

With some significant exceptions, price indices have generally reflected inflation contained by a lack of persistent demand as the pandemic caused both the global economy and U.S. economy to shrink last year. It is tempting to focus on the exceptions, including the surge in softwood lumber prices last year and the rise in oil prices more recently. But it is still the case that many suppliers face weakened demand presently and that many others are reluctant to raise prices during a time of shared vulnerability.

It is also tempting to focus purely upon the jarring impacts of the pandemic. But the post-pandemic world is likely to be associated with a reemergence of elements of the pre-pandemic one. If that is the case, then one might expect that HVAC and commercial refrigeration producer prices will continue to rise more rapidly than the prices of many other goods post-pandemic. Indeed, over the past five years, producer prices for HVAC and commercial refrigeration are up 13.9 percent, more than twice the 6.4 percent increase observed among prices for all final goods.

This represents a challenge to HVAC and commercial refrigeration distributors. The prices manufacturers have been demanding for their output has risen rapidly over time, which places the burden of passing along those price increases to final consumers on distributors. Obviously, that can be especially challenging during a moment of global economic crisis, but passing along price increases can be awkward even under the most normal of circumstances.

One might ask why producer prices have been climbing more rapidly in segments especially of interest to HARDI members. The answer lies largely in the behavior of commodity prices, which have been impacted over time by a growing global economy (pre-pandemic), a volatile U.S. dollar, the presence of oligopolies and market power, and trade policy. As the global economy began an initial recovery from the devastation experienced during the early months of 2020, price spikes ensued in a number of key input categories, including based metals and industrial commodities like copper (price up more than 20% during second quarter of last year and about 10 percent during the following quarter), aluminum (9% increase in third quarter), nickel (up 12% in third quarter), and zinc (up 17% during the third quarter).

Leading indicators suggest that prices will continue to rise for HARDI members. During the fourth quarter of last year, the specter of price increases began to spread beyond base metals and into value-added commodities. Copper tubing prices rose more than 10 percent in November and December and are up nearly 17 percent on a year-ago basis. December 2020 was associated with an increase in aluminum tubing prices to their highest levels since the third quarter of 2018. Iron and steel prices surged 7.7 percent in December after remaining flat (or falling) for much of 2020. Those price increases and others will eventually show up in many products distributed by HARDI members.

At least some of the commodity price increases observed recently are due to global supply chains unbalanced by the pandemic. But there are other forces at work, including bad luck. Storms forced Australia’s Port Hedland, the world’s largest point of export for iron ore, to shut down in early February. Meanwhile, surprising some, the Biden administration has thus far kept the previous administration’s tariffs in place. Indeed, the new president recently reimposed Trump-era tariffs on aluminum imported from the UAE.

Lingering supply chain disruptions have also placed upward pressure on shipping costs. According to the Freightos Baltic Index, which monitors market rates for standard international shipping containers, average weekly price rose from roughly $1,500 at 2020’s onset to more than $4,100 as of the first week of February 2021. Distributors also stand to be impacted by these shipping costs, and will then have to pass along as much of these cost increases as the market will bear.

The issue of input price volatility and product availability has been exacerbated by bottlenecks at many of America’s busiest ports. Recently, for instance, it has not been unusual for the Port of Los Angeles to suffer the idle anchoring of dozens of ships waiting to unload their goods. The lack of timely delivery that this produces can also serve to raise prices as consumers encounter scarcity.

There is also the matter of the economic recovery to come. Surging interest in homeownership and suburban living has spawned a single-family building boom. Since February 2020, single family building permits are up 23 percent. The inventory of unsold homes was low coming into the crisis in many communities. It’s even lower now. As home prices rise, builders will supply even more units, increasing demand for appliances and other goods in the process.

There is also the expectation that restaurants and other types of businesses will experience far greater demand during the latter half of 2021 than they are presently. All of this will presumably put additional upward pressure on HVAC and refrigeration equipment prices. In short, the narrative suggesting that more inflation is on the way is rooted in reality. 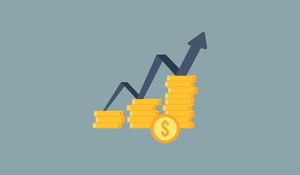 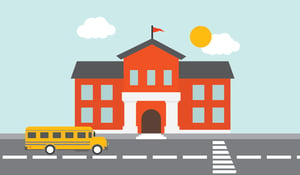 Dollars for Schools: Where's the Opportunity?