The past four years have been particularly good ones for HARDI members with heavy exposure to the resi market. Shipments of residential cooling equipment (RCE) – defined as unitary A/C and ASHP under 65k Btu/h – have steadily trended upward (averaging roughly 3.5 percent growth year over year), and RCE replacement rates have hovered around 5.5 – 6 percent of the installed base since 2016. Likewise, notwithstanding a slight dip in 2018, the construction of new residential units has climbed an average of 7 percent each year during this stretch. What factors can be credited for the good times? Put simply, the longest economic expansion in U.S. history (along with some favorable weather). HARDI relies on a handful of predictive variables to assess the direction of the market for RCE, and each of those variables has trended in an expansionary direction for several years. Those variables include:

S&P Case-Shiller Home Price Index: a monthly measure of the price levels of the U.S. residential real estate market. The chart below indicates the index’s performance since the beginning of 2008. An upward trajectory is a positive sign for the HVACR industry.

University of Michigan Consumer Sentiment Index: a monthly measure of the economic outlook of American consumers. It is highly correlated with demand for RCE. The chart below indicates the index’s performance since the beginning of 2008. An upward trajectory is a positive sign for the HVACR industry.

Personal Consumption Expenditures: as the name implies, this is a measure of national consumer spending. The chart below indicates the monthly consumer spending levels, in billions of dollars, since the beginning of 2008. Greater levels of consumer spending, and consequently an upward trajectory in the line, are positive signs for the HVACR industry.

U.S. Unemployment Rate: the most well-known metric of the bunch, the unemployment rate is calculated monthly and measures the total number of unemployed workers who are in the labor market (164.6 million Americans were in the labor force as of March 2020). A downward trajectory is a positive sign for the HVACR industry, and the chart below shows the U.S. unemployment rate from the beginning of 2008 through the end of 2019.

During the Great Recession, each of the above measures moved in the direction opposite their current trendline, driving down RCE demand and pushing replacement rates from 5 to 4 percent. 85 percent of sales generated through the resi market come from add-on replacement, making the stretch from 2008 to 2010 particularly painful for the industry. The chart below shows the deterioration of the economic measures driving RCE demand during the 2008 – 10 period, and the subsequent year-over-year impact on RCE demand.

Studying the ways key variables affected demand for RCE during the Great Recession is an essential step in trying to understand how another negative turn in these variables might impact the HVACR industry. Yet, as my colleague Brian noted last week, the current economic contraction is much more akin to a car crash than normal business cycle fluctuations. In fact, the Federal Reserve Bank of New York likens the current crisis to the aftershocks of a natural disaster, rather than a normal cyclical downturn. From their website:

Given the nature of the current crisis, a better benchmark for assessing the current economic cycle would be the regional economic impact of a severe natural disaster, as seen in Louisiana’s economy after Hurricane Katrina or Puerto Rico’s economy after Hurricane Maria. The most complete, timely economic data available are initial jobless claims, and we have seen an unprecedented surge in this series since mid-March—much sharper than the rise during the Great Recession. Thus far, the recent surge in jobless claims has tracked the pattern observed in post-Katrina Louisiana fairly closely, well above the initial post-Maria upswing in Puerto Rico.

During the Great Recession, jobless claims grew steadily over a sustained period, with the unemployment rate peaking at 10 percent in October 2009. That steady growth in claims bears no resemblance to the current crisis, where jobless claims have topped 6 million in back-to-back weeks. Again, from this vantage point, the similarities between the current crisis and a natural disaster are striking. Jobless claims spiked in Louisiana in the immediate aftermath of Katrina and remained high for two months before the state slowly recovered. Unfortunately, unlike Katrina, the current economic storm has a much longer time horizon than a hurricane. Various models put together by statisticians and medical professionals suggest that the peak of the Covid-19 outbreak will come between now and early May (with some variance by state). Assuming stay-at-home orders remain in place at least that long, we can expect jobless claims to remain at their currently astronomical level for several more weeks. While actions taken by the federal government to prevent widespread layoffs and business closures will help protect businesses and give them an incentive to keep their employees on active payroll, unemployment levels will still easily surpass the 10 percent peak of the Great Recession.

The latest jobs report, released April 3rd by the Bureau of Labor Statistics (BLS), shows the March unemployment rate as being 4.4 percent – up from 3.5 percent in February. However, March employment data was gathered on the week of March 8th; prior to the first visible spike in jobless claims. 4.4 percent unemployment roughly equates to 7.5 million unemployed Americans. Given that nearly 10 million people filed for unemployment in March, the actual unemployment rate currently stands at around 9.6 percent. With 66.7 million people currently employed in occupations that are at “high risk” for layoffs (based on research done by the St. Louis Fed), we now live in a world where 30 percent unemployment is a realistic economic scenario.

So, what does all of this mean for RCE demand, the HVACR industry, and the broader economy? HARDI has built several models that attempt to assess how the current crisis will affect demand for RCE during cooling season, and through the remainder of 2020. The graph below charts the best, medium, and worst-case scenarios for RCE demand in the coming months based on the year-over-year percent change in RCE shipments. Each scenario assumes a sharp sustained increase in unemployment through May, and a subsequent drop in home prices, consumer confidence, and personal consumption expenditures.

While the forecasted scenarios are scary, it is essential to realize that they are estimates based on incomplete information. Despite the best intentions of government leaders and medical professionals, no one truly knows how long the Covid-19 outbreak will continue. Without that information, creating accurate forecasts of the current crisis is a near-impossible exercise. Nevertheless, if any of the scenarios outlined above are reasonable approximations of the future, you can rest easy knowing the economic pain felt by the industry is likely to be temporary. While the economic damage from this crisis will be deeper than a natural disaster, it is unlikely to have the staying power of the Great Recession (whose after-effects were felt for several years). There is near consensus among economic analysts that the U.S. economy was in good shape before the crisis, and actions taken by the federal government to support businesses and protect unemployed workers should prevent structural damage to the economy. As a result, HARDI expects each of the prime economic indicators it tracks – PCE, HPI, MCSI, and unemployment – to begin rebounding as soon as stay-at-home orders are lifted. However, in the near-term, HARDI members should prepare for a drop in RCE demand as the crisis shows no signs of abating before the busiest months of the year.

Please see our COVID-19 resources page on our website for more assistance on this issue, or reach out to Tim Fisher with any questions. 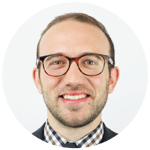 3 Lessons Learned from 2020 State of the Channel Findings