EDI In-House or Outsourced: What's Best For Your Business?

Recently, Susan Emmenegger of IDEA Exchange presented, “How to Determine Your eBusiness EDI Strategy: In-house or Outsourcing?” in a HARDI webinar. From this session, Susan is following up on feedback and sharing with HARDI members how to evaluate their EDI situations.

What do HARDI members need to know about EDI?

Electronic data interchange (EDI) is the most commonly used B2B eCommerce technology. EDI is a computer-to-computer exchange of business documents between trading partners. On IDEA Exchange, kilo-character traffic from distributors has increased 23% from 2017 to January 2020. In addition, the monthly document count has grown 235% and monthly kilo-character traffic has grown 101% since 2006.

EDI is based on standards and has been in popular usage for over 20 years. As a business critical function, it increases efficiency, drives down costs, and increases customer satisfaction.

Yet, I see many companies are losing value on their EDI investment because they are using limited transaction sets. The return on investment is much higher when a company implements a suite of EDI documents together like PO and Invoice transactions.

How do most companies manage their EDI operations?

Typically, companies choose one of the following three paths. At IDEA, we support customers that use all these methods, so it comes down to what works best for each company.

What are common situations when companies consider outsourcing their EDI operations?

What is the biggest mistake companies make in managing their EDI?

Not considering their company culture. Solutions might look great from a numbers perspective, but your staff has to buy into whatever solution you choose. We’ve worked with successful in-house and outsourced EDI operations, however they both have pros and cons.

How can I learn from other HARDI members’ experiences?

It’s always helpful to hear stories from fellow HARDI members on how they made this decision, so for this article, I asked two HARDI distributors who are also IDEA Exchange customers to share how their EDI operations are set up.

At Coburn Supply Company, flexibility is important. The HVAC, plumbing and electrical distributor has built its infrastructure and staffing to support in-house EDI operations using IDEA Exchange as its VAN.

“Our culture has been to do everything in-house if we have the skills and the time,” said David Granger, IT Manager. “The challenge is that we multi-task day-to-day, so sometimes we struggle with getting to it. But once we do, we can make whatever changes we need. We don't have to depend on anyone else to do it.”

Granger recommends that companies weigh both the in-house and outsourcing options. “Put everything on the table. Do you have the staff to maintain it? The capital to invest in the software? It depends on the set up of the IT department and the resources you have,” he said.

However, Granger says he would probably approach things differently if the company were just starting out with EDI.

“If we were starting new with EDI, I’d lean toward outsourcing. It has taken us years to set up with the mapping and get to this point. However, now that we’re in maintenance mode, we’re saving money by not paying a monthly or annual fee to maintain it,” he said.

Dakota Supply Group, a distributor of HVAC, electrical and plumbing, recently switched its EDI from in-house to outsourced.

“When we switched ERP systems, we decided to outsource our EDI. It was a matter of time and manpower. There was no way our staff could help with the transition and take care of the EDI documents, communication with vendors and mapping at the same time,” said Dave Brammer, Enterprise Applications Administrator.

Brammer says that his company’s experience with outsourced EDI has gone very well. Despite COVID-19, Dakota Supply group was able to successfully manage its transition to a new ERP and new EDI system, using Epicor for managed services and IDEA Exchange as its VAN.

“It’s as easy to do from home as from the office at your desk,” said Brammer.

Looking ahead, DSG may transition back to in-house EDI or do a hybrid model with some outsourcing in a year or two. He encourages other distributors to get the most value from their EDI system.

“Keep broadening the horizon. If you’re doing one EDI transaction set, you may as well utilize your EDI system and do all the transaction sets you can,” Brammer said.

What value does a VAN add?

A Value Added Network (VAN) provides a means of trading EDI transactions with companies who don’t wish to maintain their own Point-to-point connections with their EDI trading partners.

The VAN lives up to its name, Value Added Network, by providing:

What are the differences in cost and staffing for in-house vs outsourced EDI?

It covers the pros and cons of in-house vs. outsourcing EDI, staffing and culture, cost examples, best practices, and a helpful checklist that you can use to guide your decision.

Susan Emmenegger is business development manager at IDEA. A thirty-year veteran of the information technology industry, Susan has extensive expertise in EDI, including in-house and outsourced solutions for distributors and manufacturers. She also has experience helping associations and buying group members solve eBusiness and technical challenges. For more questions or information, Susan can be reached at semmenegger@idea4industry.com. 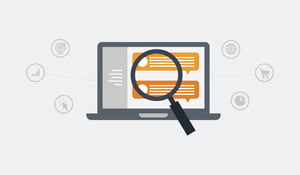 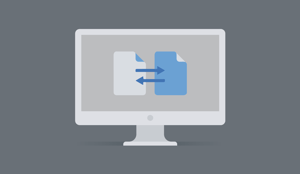 EDI In-House or Outsourced: What's Best For Your Business? 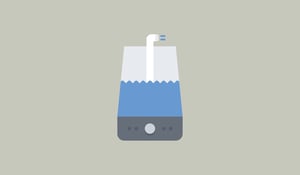